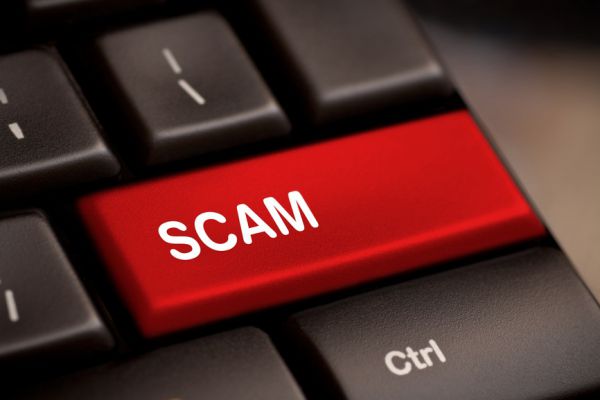 Thus far, the most common transactions require massive compensations for willing greedy, lazy and stupid people for their roles in facilitating one illegal business deal or the other. To put this in the right perspective I will attempt to list some of the common online scam emails, the same emails that have made the international community label Nigerians as criminals while protecting the collaborators and illegal business partners in their respective countries.

1. Someone sends mass emails to unlimited recipients claiming to have inherited a lot of millions of dollars and needs the help of interested people to help transfer the money into a foreign account. For all the troubles the facilitator (usually a foreigner) is promised a percentage of the total sum of money involved but of course would be required to pay processing fees from time to time to get things rolling.

2. A large sum of money has been idle and probably forgotten for so many years without anyone noticing it and the accountant/auditor is trying to arrange for the money to be transferred to a foreign account. Of course, a facilitator is needed and the reward is a percentage from this idle money.

3. Someone just discovered an oil well in his backyard and even though the price of crude oil in the international market is in the public domain these foreigners would prefer to buy from the guy’s oil well at say $5 per barrel and sell to anyone above that price to make profit.

4. A guy (usually) posts a picture of a beautiful girl and claims to be one, communicates with people who may have believed they have found love on the internet and before you know it the guy (beautiful girl) would invent ways of asking for money for all sorts of things from the interested men. Now, regardless of the reasons or schemes used to make money by the online scam initiators the fact remains that only the greedy, lazy, stupid and gullible would fall for such schemes.

Agreed, the EFCC is doing its best in clamping down on the originators here in Nigeria far more than what other countries are doing in this area (for those that even care to do anything though) but there is a problem, a huge problem – we are wrongly sympathizing with criminals and partners in crime while calling them victims instead of what they really are – mere partners in crime.

The EFCC is a law enforcement agency and as such the operations of the EFCC are based on what has been laid down in the most current version of the Act establishing the EFCC. Put differently, the EFCC cannot do anything outside what the law states and this is the only area where I sympathize with the EFCC on the online scam issue. It has been argued by the EFCC that INTENT is the main issue here and as such it has continued to justify the focus on the Nigerians and not on the foreigners who are partners in crime and are yet wrongly called victims.

May I remind us that in Nigeria today the Nigeria Police (where the bulk of the EFCC operatives come from) does not give room for partial application of laws when it comes to crimes.

1. Both the giver and receiver of bribes are considered guilty of the same offence

2. Both the thief (read seller) and receiver (read buyer) of stolen goods are liable So, why would the initiator (the Nigerian) be labeled a criminal while the partner in crime (the foreigner) labeled a victim?

Can one person initiate and execute a 419 deal? It takes two to tango.

Even things like armed robberies, coups etc are usually initiated by one person but more that one person usually execute them and even insiders and collaborators are dealt with when the plan fails. Nothing like Mr B claiming that it was Mr A’s idea when Mr B clearly bought the idea and participated fully in the execution.

I guess we need more and more Nigerians (like our Senate President David Mark some months ago) to speak out and condemn the so called 419 victims and more importantly for the law makers to amend or update the EFCC Act to reflect the true state of affairs as regards Nigerian online scams.

No singe criminal regardless of nationality should be protected, excused or defended. A crime is a crime and all the players involved are criminals.